I had never been to an acupuncturist. For a long time I felt very tired and had all kinds of vague symptoms which, in my eyes, were not very significant, just a little uncomfortable.

I put the apathy down to the fact that I had overused my body for years by working too hard. Children; a man who could not work anymore; job loss; no structure and ultimately a divorce.

So I carried many years of pain with me and my voice was getting weaker and weaker, fungal nails, a piece of hair that did not grow a fungus between my toes, slight arthritis in my hip, a slightly swollen belly, increasing rosacea and allergies. The limit was when I got the rosacea when I finished my monthly periods. The dermatologist said that many women of my age have the same problems and she gave me antibiotics. None of it helped. For me this was a sign. What should I do?

I passed a fascinating house close to where I live. It has a signboard with the name of a Chinese doctor. I saw all his herbs in the window and that triggered me. Close to his practice I went into a shop to buy a mascara and I asked the woman who helped me if she knew this Chinese neighbour. “Yes”, she said, "I do the same study and occasionally I’m doing a traineeship with him." "I've never seen such a good acupuncturist. He is a professor graduated in Beijing and has written two books about herbs. Now I dared to go inside. Dr. Wang welcomed my friend and me. I asked him if he could help me with my problems.

He took my wrist and felt my pulse and he also looked at my tongue and said, "You're a little sick inside”. I was shocked. "But," I said, “I'm never sick”. He said, "You mean you never in bed." "Yes," I said. I asked him what he meant. The Chinese doctor said that my kidneys and liver were functioning on a very low level. I immediately thought of my mother, who passed away due to cancer of the kidneys, and started his treatments together with his herbs. It is now 6 months on and it's like the difference between night and day. And all my symptoms are disappearing and I feel stronger and more lively every day.

His theory is simple. Up to age 30 your energy level is very high, then it drops and depending on your life and your body condition sooner or later complaints arise. By taking every day his delicious herbs my organs are finally recovering from years of shortage of minerals and vitamins and other substances. My organs were working separately from each other instead of working together. The body is a system, and when the components are not co-operating, the body cannot function. In my case if I had continued this way I would have become ill. Now that I practice the ancient wisdom of 6,000 years of Chinese Medicine I am sure that no bacteria or virus gets a chance to make my body sick.

They try to resist because they get out of control. Now my immune system is so good that it will resist every attack. Thanks to dr. Wang.

What happened to me is how I see the cosmos: as a great body in which all parts work together; only then the cosmos can work properly. There is only one part that is not working so well and that is our Planet 'Earth'. For the cosmos, it is important that the Earth will not be destroyed, because it is a pearl in the universe. There will be chaos first which is what is happening right now. In order that change can happen the Earth needs to heal so that it can function as intended. 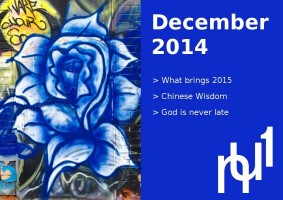 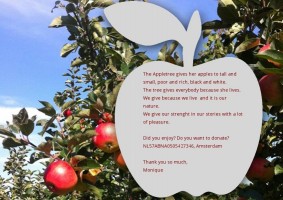 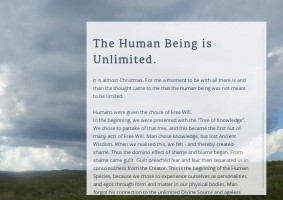 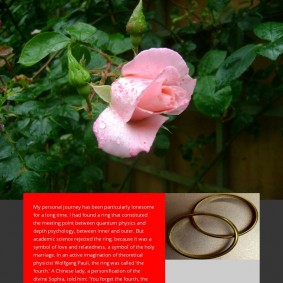 The Ring of Love 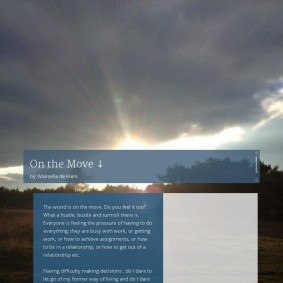 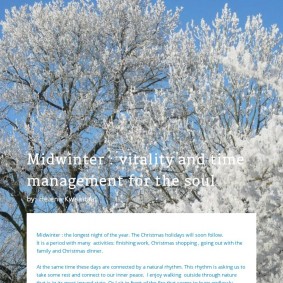 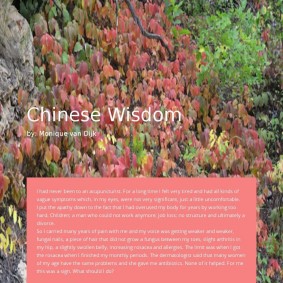 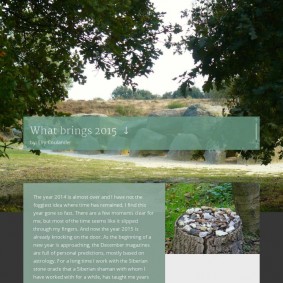 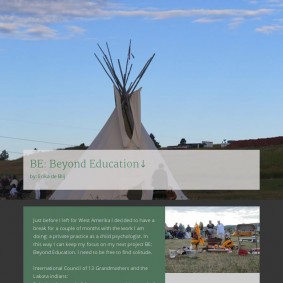 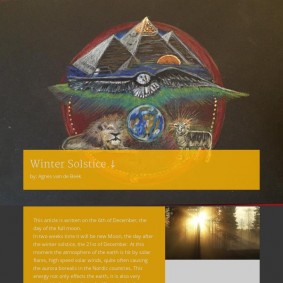