I awoke with this message flowing through me in such an incredible way.  I have waited for the Wisdom to speak and to bring light to the current situation of chaos.

What is happening in America? We witness with shock the attempted takeover of our country with a fascist regime of hatred and violence. The hate crimes are shocking. How can Americans be so hateful? The answer is mind control and EMF manipulation with digital programing for violent robotic behavior. Yes it is manipulated by the New World Order power struggle.  There is a struggle within the power agenda for the control of the planet. Both sides of this struggle use violence and war for profit, and plan a takeover of the world population. It is not a theory -- it is true.   Russia participated with the Trump political machine and used cyber manipulation to manipulate the electorate vote.   Hillary won the election by popular vote.  But what happened here? She was groomed by the New World Order to be the next president.   A power struggle happened, and both sides of this struggle are fighting for the power to manipulate humanity through mind control, time manipulation, war and violence.

We saw Hillary as the lesser of two evils -- a pathetic choice -- (if indeed there was a choice). But the fact is, she still has a heart, so there is hope.  Where there is a heart, there is hope of transformation.   Please look at every single person in this drama with compassion, for compassion can heal this virtual reality holographic program that is running out of control in America.

The plan for a takeover will not succeed because there is a critical mass of humans on the planet who have awakened and are in their hearts. There is a collective number of Awakeners who are channeling the LIGHT through the heart frequencies to heal this distorted hologram. The power of Creation and the awakening of the New Earth is more powerful than this distortion.  Have faith -- all of this chaos will lead to transformation of consciousness.  The chaos will serve to awaken more people to take a stand for peace, the earth and the future of mankind.

Prophecy is at work with the events of these times. The Prophecy of Peace is the ultimate prophecy which wills shape the destiny of humanity.

The Heart  of this prophecy is happening at Standing Rock. We witness thousands of peaceful demonstrators calling out to the world, opposing the election, and standing up for Standing Rock.  Standing Rock is the power of prophecy as we have never seen it in our lives manifest.  It is the Prophecy of the Black Snake. The Lakota prophecy says that people must stand up and prevent the Black Snake from crossing the river. In the Hopi Prophecy, the 8th Prophecy of the 9 Hopi Prophecies is the Black Snake Prophecy. The 7th Prophecy was the oil spill in the Gulf of Mexico.  The 9th Prophecy is the final Hopi Prophecy.  Eight is the number of infinity -- the power of 8 moves the forces of human consciousness into the infinite power of Creation.

What do we see at Standing Rock? We see the power of spirit standing up to the power of hatred and violence.  We see demonstrations all over the world, and we see the Sioux not alone like at Wounded Knee, but supported by people of all faiths and beliefs who are compelled to make a stand for the sacred waters of the Earth.  The people are doing sacred ceremony. They are praying together and they are taking action for peace. 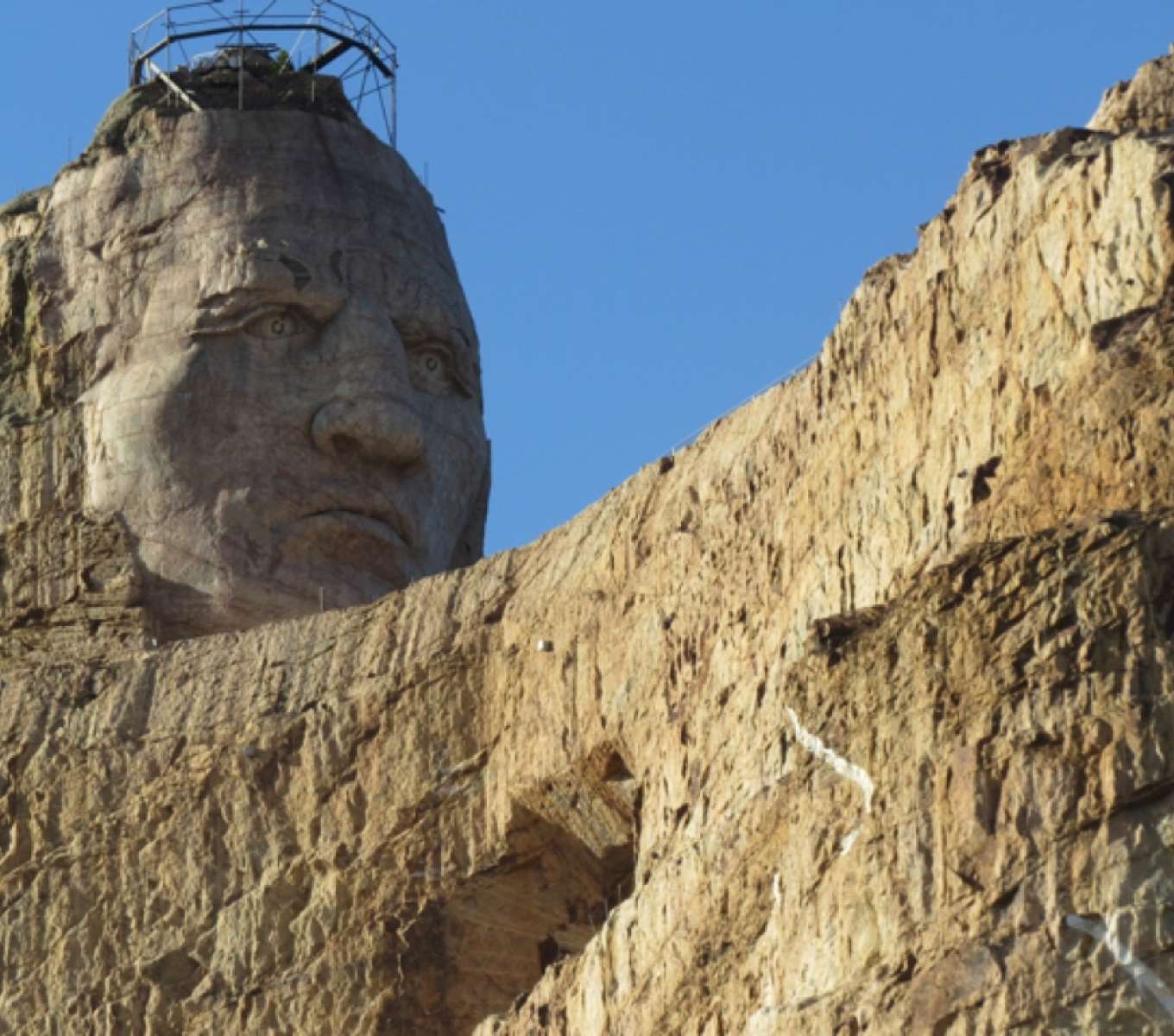 There is a power to this as it is the power of White Buffalo Calf Pipe Woman.  She came to me in a vision.  I saw her standing above the people with her sacred pipe. I saw the sacred buffalos of the Buffalo Nation surround the military.  She said the Black Snake is the snake in her prophecy.  When she stood before the twins, one wanted to take her power without her consent.  It is like that with the oil companies and the militarized police. They want to rape the earth and destroy all life for greed and profit with violence and hatred as their weapons of mass destruction.   She surrounded the dark twin with mist. When the mist lifted, there was only bones with snakes and worms. She told the One-heart twin to go to the people, to prepare, for she was coming.

She came bringing the seven sacred rites of the Lakota.  She brought the Sacred Pipe ceremony.  When she left, she said she would return. She said she came from the Morning Star. She became a white buffalo who rolled four times, becoming the four sacred colors.  All those colors are there at Standing Rock: red, black, white and yellow, representing the races of mankind who have united in prayer to protect the sacred water and The Earth Mother.  THIS IS THE RETURN OF WHITE BUFFALO CALF PIPE WOMAN.  IT IS THE POWER OF THE MORNING STAR PROPHECY.   The Divine Ones who brought the message of peace and love all said they came from the Stars.  Jesus said he came from the Morning Star, as did the Iroquois prophet Deganawida and Quetzalcoatl of Mexico.  The Aztec dancers danced at Standing Rock, uniting the Eagle and the Condor. A golden eagle landed next to some people and allowed them to touch it.  These are powerful signs of prophecy at work.

NOW IS THE TIME FOR THE POWER OF LIGHT TO FLOW THROUGH YOU INTO THE CHAOS TO OPEN THE HEARTS AND RAISE THE VIBRATIONS. THE INTENTION OF THIS MANIPULATION IS TO BRING DOWN THE FREQUECIES OF THE PLANET TO A VIBRATION OF FEAR.  WHEN PEOPLE ARE IN FEAR, THEY CAN BE MANIPULATED. WHEN WE STAY OUT OF FEAR AND IN OUR HEARTS, WE ARE OUT OF THE MATRIX, WE CANNOT BE MIND CONTROLED.  OUR LIGHT BECOMES MORE POWERFUL AS IT FLOWS WITH CREATION AND JOINS WITH THE ALCHEMY OF THE ANCIENT MYSTERIES THAT HAVE BEEN UNSEALED.  KNOW THIS:  THE TIME OF ALL TIMES IS AT HAND, AND THE LIGHT IS POWERFUL ENOUGH TO TRANSFORM THIS ILLUSION.

Last night I was awakened.  I saw the emerald crystal of the Tablet of Thoth spinning.  I saw golden and emerald light spreading into the world, and the Golden Light of Metatron flowing from the Metatron Cube.  I was told all the chaos will serve to awaken humanity, to clear deeply buried negative emotional distortions, and to transform reality.  I was told the power of Transformation is a Gift of Creation, and to have faith. We will not go back into the Dark Ages this time.  What we are seeing is the power of the antichrist. The alchemy of the resurrection is transforming the antichrist. As Mary Magdalene healed the wounds of the Christ in the Tomb, now the power of that mystical alchemy is transforming the wounds of the soul of humanity.  Have faith, stay in your heart, be aware of what is happening.  Focus on LOVE.  So be it and so it is.  Blessed Be. 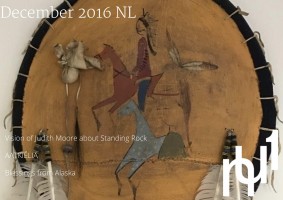 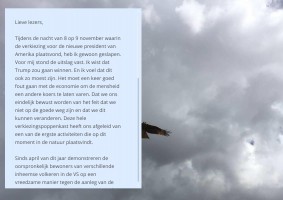 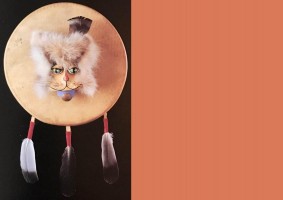 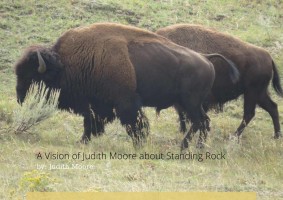 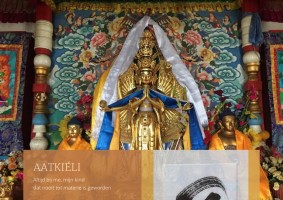 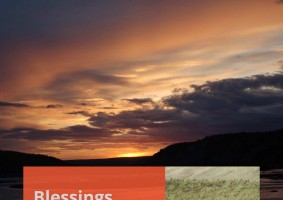 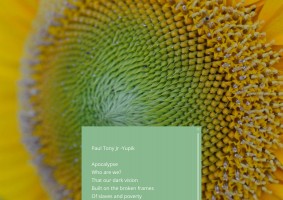 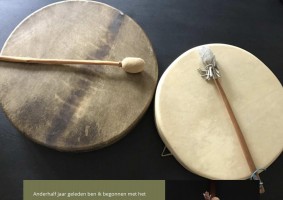 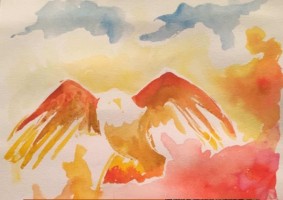 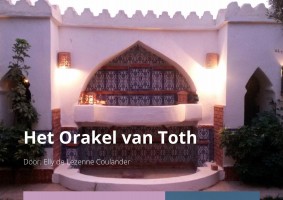 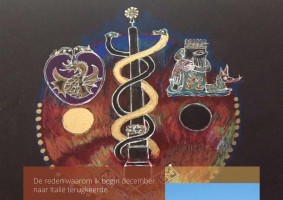 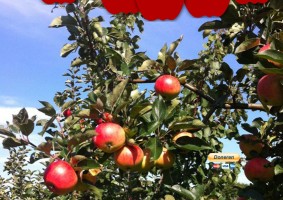